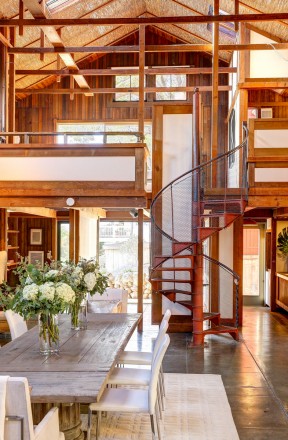 The forgotten past has come alive in the offering of one of Tiburon's most historic homes, the iconic Northern Pacific Railroad's 'Red Barn' .

The 'Barn' was the old records office for the railroad , built in 1908 .  Years later the 'Barn' became the office of renown architect Charles Warren Callister .  In 1964, Callister designed the attached 2nd unit, approximately 965 sqft , with  1 bedroom and  1 bathroom.  This dramatic design features volume ceilings,  interesting wood and window detail , volume ceilings , and picturesque views of the bay and Belvedere Island.  (Callister died in 2008 at the age of 91)

The 'Barn' is mostly in its original state offering approximately 2735 sqft of living space comprised of an oversized barn style great room. The main level of the barn features two office areas with new sliding glass doors,  a wet bar, and a 1/2 bathroom.   A spiral staircase leads to the upstairs den, two bedrooms, a full bathroom with a tub/shower combination, a kitchen with eating area- new cabinets and counter top, and a laundry room.  The flooring consists of concrete, original fir , and parquet.      The redwood interior paneling , common to the railroad buildings constructed at the turn of the century, is identical to that of the Tiburon 'Depot' and historic 'Old St.Hillary's.

Their are two entertainment decks on each side of the barn , overlooking the bay and Belvedere Island.

This Old Town Tiburon location is only 2 blocks to the waterfront, Tiburon and Angel Island ferry service, and charming downtown Tiburon's waterfront restaurants and boutique shops.

In 1775 Spanish explorers named the area Punta de Tiburon ( Point Tiburon) .  100 years later, due to the proximity to San Francisco , Point Tiburon became a major railroad and ferry terminal, maintenance yard and industrial town.  In 1884, Peter Donahue, Irish immigrant and industrial tycoon, completed the extension of the San Francisco and North Pacific Railroad to Tiburon with a ferry fleet to provide faster service for freight and passengers between the city and Northern California.  The railroad line ran from Eureka to Tiburon and Sausalito.

23 years later the Donahue lines merged with competitors to become the Northwestern Pacific Railroad, a subsidiary of the Southern Pacific Railroad.   The last train left Point Tiburon September 25, 1967.  When the train stopped running Southern Pacific deeded its shoreline property and the 'Depot Building' to the Town of Tiburon for open space and a museum,  as a condition of redevelopment.  The Landmark Society takes care of the Tiburon Railroad and Ferry Museum, which is located on the waterfront at 1920 Paradise Drive.

The railroad line was responsible for the birth of Tiburon.  Prior to the railroad, Tibuorn was pretty much dairy lands, cod fishing off Belvedere, and Oyster Works ( now the famous Blackies Pasture ) .

Alcatraz Island opened in 1934 as a federal penitentiary where they say the first bunch of criminals came by train through Tiburon noting 'a train load of bad guys from the midwest, handcuffed to the seats of the train. 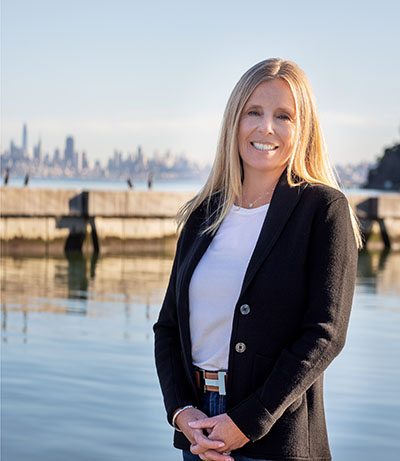 DISCLAIMER: The information set forth on this site is based upon information which we consider reliable, but we cannot represent that it is accurate or complete, and it should not be relied upon as such. The offerings are subject to errors, omissions, changes, including price, or withdrawal without notice.
The above information including square footage is based on data received from the seller and/or from public sources. This information is deemed reliable but has not been independently verified and cannot be guaranteed.